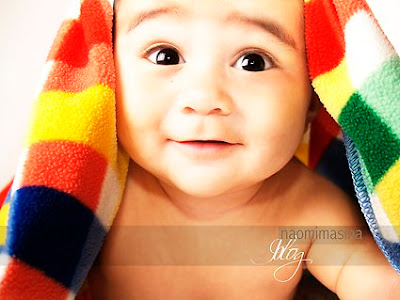 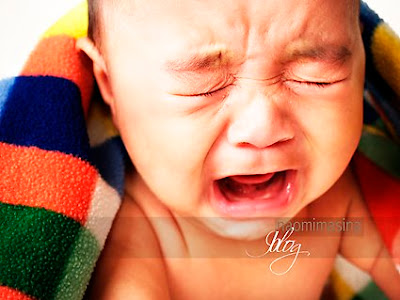 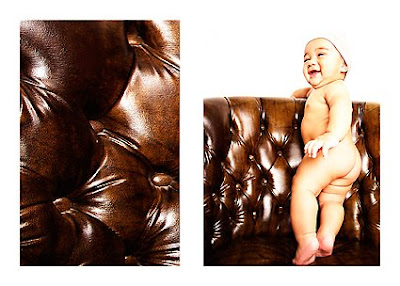 Today the kids can't go outside and play....it's raining and I don't like biking in the rain and although I think my kids would, it's pretty cold and I'd end up hauling the three of them home ALL CRYING...Then I would be crying. It's hard to be indoors all day and the kids were so bored they fell asleep. (which I LOVE... ahhh the silence) While the older kids had a little happy nappy time, I was able to (with the help of my AWESOME sister) play in the studio for a bit. Don't you love him?? Reealllly how could anyone not love this guy?! He let me know when he was done...I wonder what picture that is?? and then he went to sleep and I'm just sitting in the quite thinking about cleaning...but not really planning on it.
Last night we purchased our new car seats for the kids. They will not stay put in those lame booster seats and for my sanity sake I just decided to get 5 point harness seats for the older kids. If I had to yell "you better sit down right now or else Miss Hanagan will come and get you..." I was going to turn myself over to the likes of said Hanagan.
I convinced Ryder that his carseat was a "Transformer seat" and like magic...he now crys when he has to get out of it. And well...Haven's was just so pretty she was happy to get into hers....The law is 8 years old or 80lbs? Sooo I've decided that that is how the government is trying to stimulate the economy. They passed laws that make any persons with 3 or more kids by an SUV type car to fit their children/carseats for 8 more years. Well anyway I'm glad it's done and they are safer. I watched this slide show on YouTube that had me in tears... nuff said.
When Haven was a baby she'd sound like she was dying EVERY TIME she was in her seat.... it was craziness. Not proud of it but, my husband actually invented the "Brittney Spears." I'm sure when her driving with baby on her lap was... all over the news there were a few people in Laie wondering what her connection to us was. Haven didn't cry it out...or quiet down after a while, she'd scream till she passed out ( I swear) then wake up a second later for round two. I really didn't go anywhere that I didn't absolutly have to go in those days. Till this day, I don't like to go to the store or shopping with the kids. I'm not saying that other people like to take their kids....but I get knots in my stomach and break into cold sweats when I think I have to go shopping with them. I sometimes live off of saltine crackers and tuna to avoid a trip...true story. Things are much better now...I faithfully pray for "car seat babies" when I'm pregnant...also true story. Have a great day everyone!! 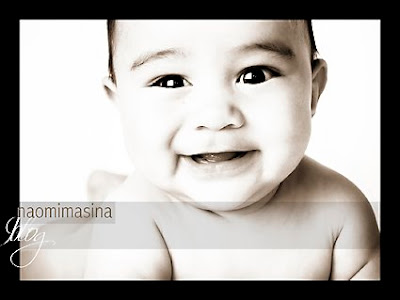 oh my goodness...he is a doll! Once again, super great pics Omi!

He is so cute. Can't wait to see him this weekend!!

Hey,
Cute baby pics! Your family is so beautiful. So, I've decided it's now or never. I've always been very interested in photography & I'm not getting any younger so I better learn a thing or two about it. Any tips on where to start off? I've thought about taking a beg. photography class at the local rec center. Seems lame but any start is better than no start, eh? Also, any chance you'll be around the weekend of July 26th to take my family's picture? We'll be staying in Pleasant Grove. I don't remember where you live (all I remember is your first house was WAY out in the middle of nowhere- when Carrie and I stopped by to visit.) so it might be too far for us to meet. We'll be in town for a wedding but hopefully we can take a bit of time away from the fam.

I am sooo with you on the "stimulating the economy" thing and "forcing" parents into buying bigger cars since every kid will be in seats for longer...also with you on the "I'd rather stay home and eat saltines and tuna than have to load the kids up into their car seats to shop" thing too..sadly, I have no choice this summer since my hubby will be in WY for an internship..UGH! Most importantly though, BEAUTIFUL PICS OF YOUR BOY!! what a cutie pa-tooty!

Yeah, so guess it's not too smart to rant about specific people on my blog... the Bishop called me tonight about it. j/k. I just assume no one reads my silly blog. Thanks for the lesson in civility.
Also, I'll let you know as time gets closer but it will definitely be Saturday July 26th. Is the morning or evening the best time of day to shoot? I figure if I get it all planned ahead of time my in laws will just have to deal with us being gone for a bit. Know what I mean? And I hope you have a fast shutter cuz Eli never sits or stands still.;) sendingn lots of ofa!

Om,
Golden is getting so big and so handsome..what a cutiepie! Your photos are fabuloso! You are doing such a good job. You are too funny with your shopping adventures with your kids....I hear you on that one. If I can bribe my kids to stay home, it just makes my shopping trip more enjoyable! We'll need to go do some coupon shopping so you can stock your kitchen and not have to live on only saltine crackers and tuna...hahaha Thx for the utube clip....I so got my 5 point harness seats and am also making sure they are installed properly! Life is too valuable, and too precious to not act on this one! Well I'll talk to you later this week..but hopefully I can successfully leave you a message here, last time it didn't go through. Kay laterz chica!

OMG your son is so fricken adorable!! LOVE the photographs!

So this is an older post of yours, but I love looking through all of your pictures since they're all SO great! Your baby boy is SUCH a handsome little guy, even when he's crying :). Love the rolls on him! Hehe!

And I have to say, you are not alone in the world of car seat madness...my youngest is almost 2 and every now and again, she decides that the car seat is NOT for her (as she did every day for the first year of her life) - and then begins her "exorcism" (as we call it) and our struggle. Ugh! It's tiring just thinking about it. She has a scream that I think our entire neighboorhood, and the next one over can hear. :|!